Investing in the Next Generation of Hearing Loss Professionals

The Ellen Kurtzer-White Award was created in memory of Ellen, a former supervisor in the Thayer Lindsley Program at Emerson College, and is presented annually to a person who has made a significant difference in the treatment of young children who are deaf or hard of hearing.

On September 17, 2016, Megan Ford, Au.D. was honored with the 2016 Ellen Kurtzer-White Award for her tremendous dedication to children with hearing loss and their families. In 2007, Dr. Ford started the Hear My Dreams Support Group for parents and caregivers of children with hearing loss. For the past ten years she has brought together families from across Massachusetts to share their challenges, successes, and advice. She has worked at Massachusetts Eye and Ear Infirmary in Boston, was the assistant director of the cochlear implant program at University Hospitals of Cleveland/Rainbow Babies and Childrens Hospital in Cleveland, Ohio, and a staff audiologist and the clinical coordinator of cochlear implants for the Sounds of Life Cochlear Implant Program at UMass Memorial Medical Center in Worcester, Massachusetts. She is currently in private practice in Littleton, MA at HearSmart Audiology. 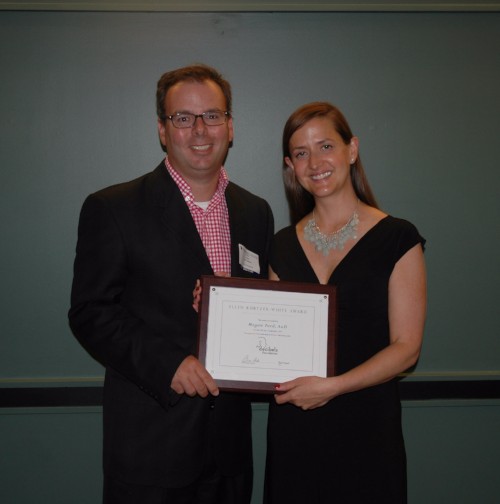